Concrete Slab or Crawl Space: Which is a Better Option?

The most basic difference between concrete slab and crawl space foundations is the height of the house. But there are other differences too, such as the merits, demerits, and the cost, as given in this DecorDezine article.

Home / Uncategorized / Concrete Slab or Crawl Space: Which is a Better Option? 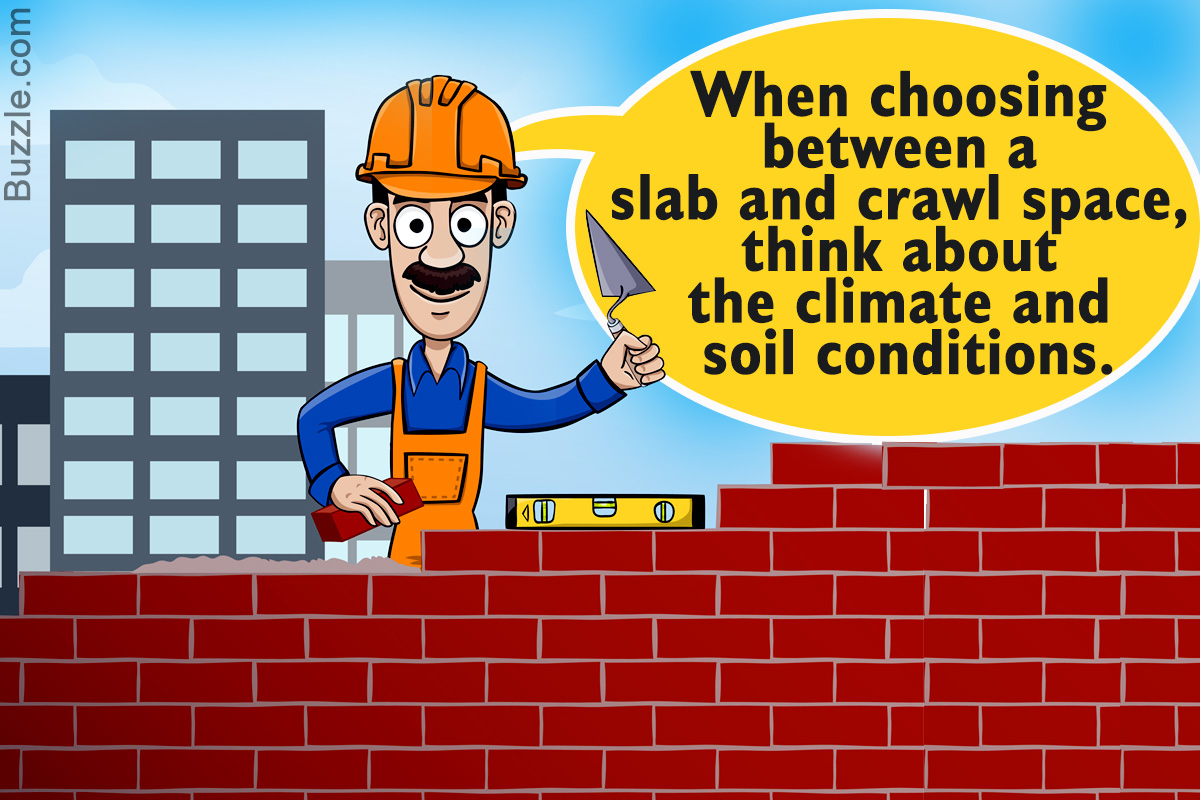 The most basic difference between concrete slab and crawl space foundations is the height of the house. But there are other differences too, such as the merits, demerits, and the cost, as given in this DecorDezine article.

Termites can build long tunnels in crawl spaces, sometimes as long as 4 feet long, in order to reach timber.

Apart from basement foundations, the other two types of foundations are concrete slabs and crawl spaces. The main difference between these being; while the former involves laying a flat slab under the house, in the latter, the house is raised higher on support beams, resulting in a space below the house that you can ‘crawl’ into. While concrete is generally used for slabs, for constructing crawl spaces, other materials like timber also have to be used. But when choosing a foundation, you have to go into certain details. Check out this crawl space vs. concrete slab comparison to get a better idea.

Cost: Depending on the area, $2.5 to $8/sq ft, plus additional costs for steel reinforcement and finishing.

Laying a slab foundation instead of a crawl space can save you $5,000 to $10,000 initially, but in the long run, a crawl space foundation may be more economical when compared to the astronomical costs involved in utility repair for slab foundations. It is important to call a third party inspector to analyze the soil conditions on-site, before settling on any particular choice.