Whoever isn't swept off their feet by the dark mystique of black light bulbs and fluorescent black lamps is surely insensitive to the allure of the dark and the mysterious. For the rest of us who don't mind giving in to their darker sides (pun intended!), here is all you may want to know about black light and related equipment. 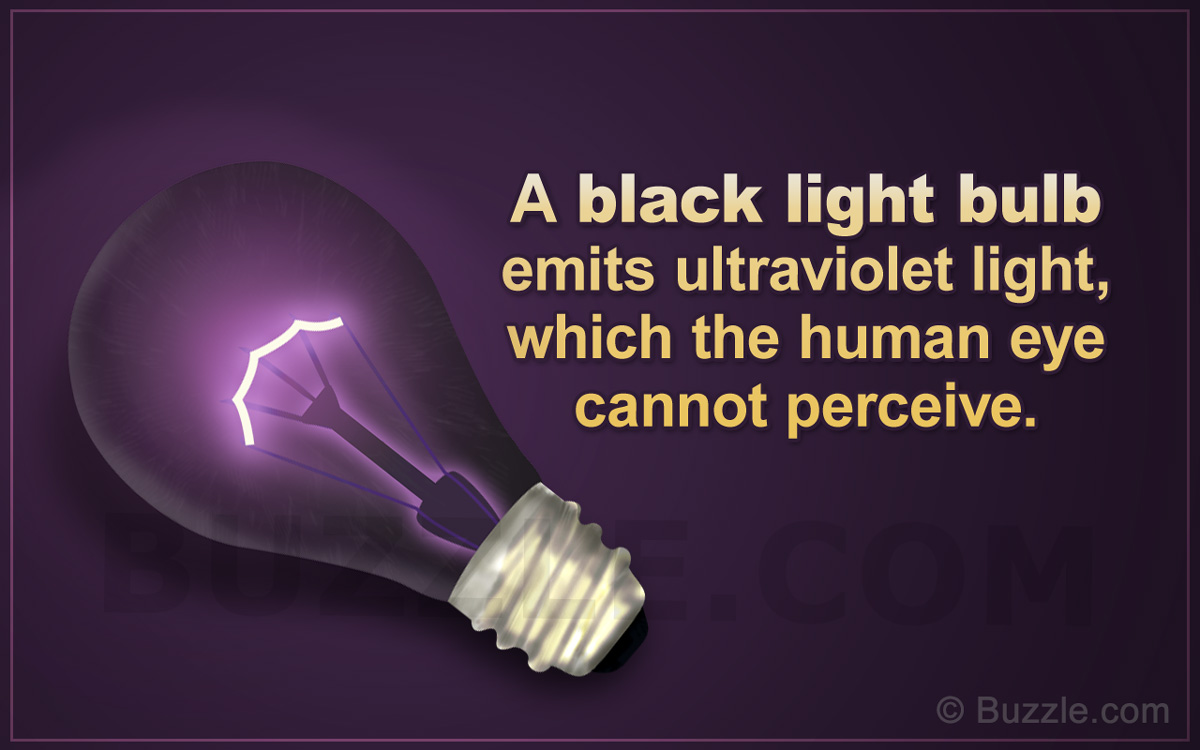 Whoever isn’t swept off their feet by the dark mystique of black light bulbs and fluorescent black lamps is surely insensitive to the allure of the dark and the mysterious. For the rest of us who don’t mind giving in to their darker sides (pun intended!), here is all you may want to know about black light and related equipment.

Before getting to black light lamps and bulbs, let’s first understand the basics of black light itself. Black light is nothing but ultraviolet light which emanates from a lamp that gives out electromagnetic radiation. The range of this electromagnetic radiation tends to hover between the wavelength of visible light and X-Ray, such wavelength of light being shorter than visible light and longer than X-Ray. As such, black light is only partially visible to the human eye. The range or spectrum of black light is near ultraviolet radiation and the resulting illumination appears somewhere between black and dark violet to the human eye. Fluorescent black light bulbs emit a dark violet glow and these have a number of uses which range from purely aesthetic effects to various investigative and authentication purposes.

How Do Black Light Bulbs Work?

The dark outer covering of this type of light bulbs are coated with nickel oxide. Inside, these bulbs contain an element of phosphor. The dark outer covering, known as Wood’s glass, is an excellent obstruction of visible light and luminary radiations of similar wavelengths. The phosphor element coating, that covers the glass of black bulbs, absorb UVB and UVC radiation and allows only the UVA radiations to pass through it. Similar to normal incandescent lamps and bulbs, there are filters present in bulbs designed for giving off black light that absorb the illumination that emanates when the filament gets heated.

Black Light Fluorescent Tubes which work on the same principles as the bulbs except for the fact that ordinary glass envelop of the bulb is substituted by a deep indigo hued glass envelop.

Bug Zappers which can be seen at many restaurants, kitchens and eateries, used to attract and electrocute insects and bugs. These use normal glass envelopes instead of Wood’s glass.

Incandescent Black Light which include the common black light bulb types that use Wood’s glass and which are mostly seen at nightclubs and are used to impart a cool effect to posters and dance floors.

Mercury Vapor Black Lamps that do not use any phosphor and the illumination emitted by them is a result of a slight widening of the Mercuric spectral line due to an energy discharge that ranges between atmospheric pressures five and ten.

Apart from their alternative aesthetic appeal that is used to create and enhance certain ambience, this type of light bulbs have a couple of serious uses too. Although the human eye is insensitive to ultraviolet light, certain articles emit a fluorescent glow when exposed to black light. For instance, security strips on bank notes give off a phosphorous glow when held under black light. This helps in authentication of currency notes and is the most reliable way of distinguishing between real and counterfeit currency.

Also, invisible ink, often used to mark antiques, paintings and confidential documents, can only be seen and read when such a surface marked with it is placed under black light. Remember how Jacques Sauniere left cryptic messages on some paintings at the Louvre for the protagonists in Dan Brown’s The Da Vinci Code using invisible marker? If you do, then you must also remember how Robert Langdon retrieved those messages using black light!

That was a brief overview of what black light lamps and bulbs are, how they work and what they are used for. Another interesting use of black light is to read fluorescent marks which are stamped upon the fist or arm of guests at various theme parks or entertainment activities that go on for a very long duration. This is done to enable the guest, who wishes to leave the venue temporarily and return after sometime to do so without having to pay the entrance fee again. The guests are made to enter from under black light lamps or tubes that are usually placed at the entrance, and if the guest has already checked in before, it is revealed by the fluorescent mark upon him/her that is revealed by the black light. Working on the same premises, black light tattoos are equally hot these days! 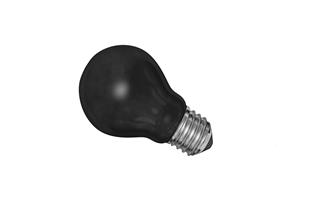 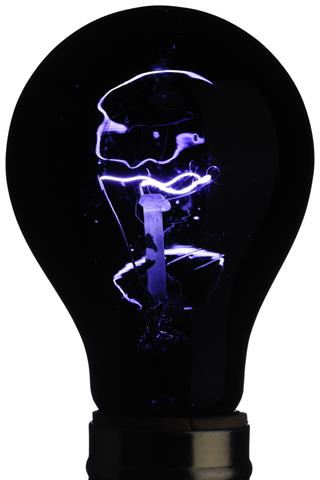